Andrew John Fletcher, called "Fletch", "Andy" or "An" - as Martin calls him sometimes - (I will use "Fletch" to avoid confusion between him and Alan because of the same first letter), was born on 6 July 1961 in Nottingham.
Fletch's father, John (who passed away in 2009), worked as an engineer, and his mother, Joy, was a housewife. His sisters Karen and Susan were born in 1964 and 1966 respectively, and his brother Simon in 1976. (I was unable to find exact birth dates, only articles that mention their ages.) Some sources mention that Karen died of stomach cancer in 1986, but there aren't any quotations from Fletch about it, only some speculations and rumours about Fletch's depression, linked to the manic-depressive psychosis of his father and the early death of his sister. Official confirmation can't be found, so no further speculation will be made.

In the early days of the band British journalists were so fixated by the connection between DM and Basildon - as if it was some kind of wonder that a band could be founded in this city - that they also doggedly assumed that every band member had been born there. In fact, none of them was born in Basildon. In Fletch's case, the birth place was Nottingham.
"We moved down to Basildon in Essex when I was two years old,"[1] Fletch said in one of many "who is who and where are you from?"-articles of the early days. "It was a job for a house. If you could get a job, you could get a house.[2] My parents were among the first to move to Basildon when it was still a very new town in the early 1960s.[3] But in the '70s it started to go wrong - the town expanded quickly, there were no jobs left. When I was growing up we had fields, football, cricket, countryside - but then it all went wrong economically.[4] As the factories closed down and unemployment grew in the '70s it became a violent town."[5]
So Basildon went the way many British cities did in the 1970s. These were the grass-roots of the punk movement that would fundamentally change the social, fashion and musical landscape. Maybe DM would have never got so popular if they hadn't been born on the punk movement. After punk you could get away with almost everything. It sprouted the strange musical flowers of New Wave, Post Punk and New Romantic.

But back to Fletch. Although he was critical about his hometown, he felt completely connected to Basildon, and it took a long time before he left it. Being a member of the church, he was strongly involved in the social life of the town. "I became involved in the church by accident when I was eight. Dad suggested I join the Boys' Brigade so I could play football."
He was a member of the Boys' Brigade until he was 17 or 18 years old and went to church almost every day. Later he got more critical about it and was no longer a practising Christian, "but it remains in the blood,"[6] he said.
He did, however, take religion seriously for a long time. "Me and Vince Clarke were into the preaching side - trying to convert non-believers. Vince was number three in the local hierarchy, although he's a total atheist now."[7]
Fletch went to Nicholas Comprehensive and was in the same form class as Alison Moyet and Martin.[8] He got to know Martin when he made him come to the Boys' Brigade too. He thought he might have converted Martin, but he had to realise that Martin was just interested in the singing and the atmosphere, albeit Martin must have been influenced strongly by this experience. Many of his lyrics have a religious background.

(with friendly permission of © Jérôme Pouille

Fletch: "It wasn't until I was 14 that I started to take music seriously, through church. It was there that I picked up a guitar for the first time."[9]
Later from this the pre-Depeche-Mode-bands were formed. "Vince and I had a group when we were 16 called No Romance in China which tried to be like The Cure. We were into their Imaginary Boys LP. Vince used to attempt to sing like Robert Smith. At that time we were going to a club called Van Gogh where Martin was playing in a guitar duo called Norman and the Worms. Alison's group The Vandals were also regulars. It was a good scene. Martin, Vince and I teamed together and started rehearsing in Woodlands Youth Club. The earliest Depeche songs like Photographic were written there."
Blasphemous Rumours wasn't written at the time, but Martin found the motives for this song at the local church.
"There was a prayer list of people who were sick in some way and you'd pray for the person on top of that list until they died," Fletch said. "When Martin first played me Blasphemous Rumours I was quite offended. I can see why people would dislike it."[10]

In 1979 Fletch did A-levels at politics and wanted to study but instead, he began job training at the Sun Life insurance company. He never disclosed why he decided against university.
"People at work didn't take my group seriously until Dreaming of Me got into the charts followed by New Life. I was doing Top of the Pops or playing in, say, Leeds, and then working the next day. It got very awkward."[11]
In fact, 30 years later he would still be some kind of pension quotations clerk. "My whole life is dealing with numbers," he said in 1993, "I don't find it very stimulating making music. I'm a useless musician. When I played bass, I never had any ambitions to be a great bass player, and when I took up keyboards, I never had any ambitions to be a great keyboard player. With the band, I still find the whole job challenging and rewarding, the fact of creating something and releasing it, the marketing, the promotion side of things. That's quite interesting, selling our products."[12]
His role led to some tensions within the band - especially around SOFAD, and it divides fans into three groups. One group can't imagine DM without him and also sees him as a musician, the second group can't imagine DM without him, but does not see him as a musician as such, and the third group asks what the man is good for since the band has had a professional management.

Despite all the debauchery of the band in the last 30 years Fletch remained down to earth. "My private life away from music is simple and ordinary. If I go out I do things like play snooker or football or hang out with friends. I go to see Chelsea when I can. I'm very patriotic, very pro-British. I know some people think that's wrong, but I can't help it."[13]
This quotation dates from 1985, but I think Fletch hasn't changed much basically. He still likes football, politics and getting get up early in the morning to watch the sunrise.
Today Fletch is married to Grainne and lives in London. Daughter Megan was born in 1991, son Joseph in 1994.

Note: Although the band members sometimes tell something about their families and children and although some family members have their own Twitter accounts and public Facebook sites I won't go into the private lives of the band members as long as it doesn't have any relation to the history of the band itself.

Service print edition and E-book of the biography: 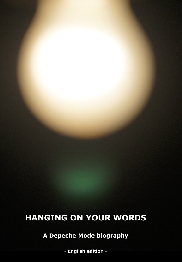